Performance Review The New Ireland Fund Inc.'s (“Fund”) returns are summarized in the table below.

*Benchmark is the MSCI All Ireland Capped Index (“MSCI Ireland”) from August 1, 2015. Prior to July 31, 2015 the benchmark was the Irish Stock Exchange Index (“ISEQ”). Prior to July 31, 2011 it was the ISEQ ex Bank of Ireland. From the table below, while the Irish market’s rebound was strong, it wasn’t as strong as that experienced by the broad S&P 500 index in the US or the broad EuroStoxx 50 index in Europe. Ireland did fare much better than the UK’s large cap FTSE100 or mid-cap FTSE250 indices against which many Irish companies compete. The US dollar was relatively flat versus the Euro over the 12 months.

Shareholders may obtain a hard copy of the Fund's complete audited financial statements free of charge upon request. This may be done by writing to the Fund at: 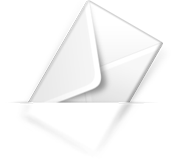 © 2015 The New Ireland Fund, Inc., All rights reserved. All trademarks and registered trademarks are acknowledged